Another new gun release from Kingman Spyder. The Electronic version of the MR5 will bring some real firepower to the scenario game. For all of 2012, Spyder has only had one electronic gun, the fenix. With the release of the new MR5 platform, spyder is once again adding that electronic upgrade option. The E-MR5 has all the features of the standard gun while adding a few improvements


Full specs are included in the image below from Kingman. 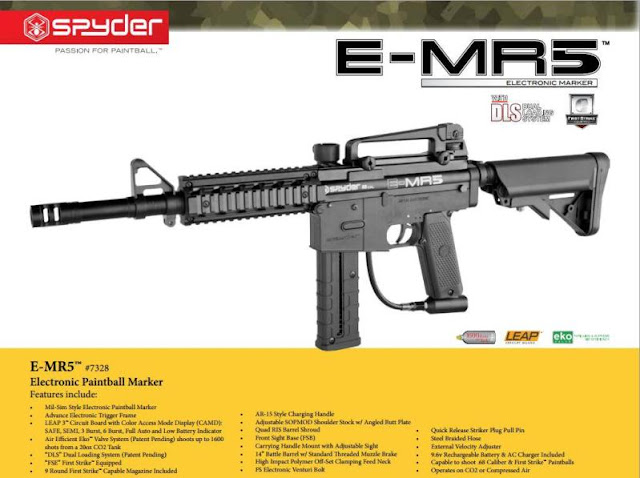 The magazine fed feature is pretty interesting. From the looks of it, the magazine will only accept Tiberius arms first strike sniper rounds. With the flip of a switch, you can choose to fire from the 9 round magazine instead of the standard hopper. Could be very useful in the middle of a scenario game when you need a little long range sniper capability. Since pricing has not yet been released, we're hoping to see an affordable gun, but with all the features included, we might see something in the mid $200 range.
Posted by Unknown at 1:05 PM